Rosina LeardiI come from a family that loves to hear and tell stories. My mother, who taught me how to read, also made it a point to share with me her love of old movies. Some of my fondest childhood (and adult) memories of her are of curling up together on a sofa, watching Rick bid goodbye to a tearful Ilsa as she boarded the plane out of Casablanca, Dorian Gray defiantly stab his terrifying portrait, Rhett carry a struggling Scarlett up the grand staircase, and Norma Desmond descend her staircase for the last time.So nothing seemed unusual that day, when I was in my 30s and she in her 60s, as we watched her favorite actor, John Garfield, being seduced by Lana Turner in “The Postman Always Rings Twice.” Nothing, that is, until my mother absentmindedly blurted out, “You know, John Garfield once told me that I could act.”“WHAT?”“John Garfield said I had real talent. He told me I’d make a good actress.”Stunned, I immediately turned away from the TV and demanded to hear the whole story.It was 1938. Garfield, who had been appearing on Broadway in “Golden Boy,” visited his old junior high school, P.S. 45 in the Bronx, and dropped in on an acting class taught by his favorite teacher, Margaret O’Ryan. My mother happened to be onstage delivering some lines from that year’s hit play, “Our Town,” and he sat in the back of the room and listened to her. Then he came up to her and delivered those words she cherished for the rest of her life.

John GarfieldThirty years after hearing her story, I find that what stuns me more than this revelation is the fact that it took all those years for her to mention what was clearly a significant moment in her life. And to say it in a way that was almost an afterthought. Did she think no one would find that exchange remarkable? Or had she chosen to repress for years the memory of a thwarted ambition? More than anything else my mother later said or did, that disclosure forever changed my understanding of who my mother was, expanding my perceptions of her beyond the role of wife and mother and into a person independent of my identity, in her own right. And it had a lasting positive effect on our relationship.My mother has long since gone, yet I continue to be amazed and humbled by the stories I hear older adults tell about their lives. I listen to them whenever I can; most often I get the chance during the journaling and memoir writing classes I teach to elders. I encourage my students to use their compositions to transform feelings of reticence and vulnerability into those of empowerment and wisdom. And I’ve been privileged to witness more than one powerful catharsis. 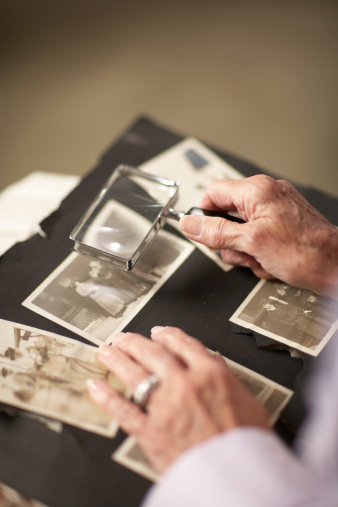 One such reaction overcame an octogenarian woman who throughout her life in the States harbored a fear of being discovered as the daughter of a Nazi soldier, despite the fact that he deserted and defected to Switzerland by stealing a German officer’s motorcycle and making a “Great Escape” of his own. In sharing her story with the class, she found acceptance and even admiration for her emotional endurance. As she read her essay through tears, she found healing. And as we listened, we learned more about what it means to be human.Most older adults, I suspect, are yearning to share their life stories with others. The tragedy in our society (a disgrace, really) is that we often deny them opportunities to do so. Or we minimize the value of what we hear. How might their lives be enriched if they knew that others were truly interested in what they experienced and the lessons gleaned from them? Moreover, how might our lives be enriched by those stories and lessons?I’m now as old as my mother was when she told me the John Garfield story. And while so far nothing in my life can compare with that tale, maybe someday I’ll get a chance to tell about the summer day in New York City when I ran into (literally collided with) ballet great Mikhail Baryshnikov at the doorway of a newsstand/candy store as I was entering and he was rushing out to hail a cab. Holding me to steady us both, he asked me if I was all right and then complimented me on my “dancer’s muscles.” I never saw my body in the same way again.I’ll look forward to telling that one.Related PostsTweet9Share50Share7Email66 SharesTags: Journaling